Season of Creation 2019 – The Network of Life

Since it has become a fruitful tradition between the Christian Churches in Europe – the Council of European Bishops’ Conferences (CCEE) and the Conferences of European Churches (CEC)– are uniting once again in one voice to reaffirm responsibility for creation and issue an invitation to prayer.

The Season of Creation, from 1st of September until 4th of October, is a special period in the liturgical calendars of an increasing number of churches in Europe. The idea of celebrating on 1st of September a day of prayer devoted to Creation began in 1989 at the wish of the Ecumenical Patriarch Dimitrios.

So, we are taking advantage of this occasion and unite ourselves in prayer so that humanity may respect the planet. With our whole heart we pray for those people in the world who are suffering as a result of environmental damage caused by selfishness and neglect.

The network of life must not be interrupted by human greed and indifference towards human beings and the whole of creation.
We unite together to ask forgiveness. Due to the improper use of natural resources, linked also to destruction and pollution, we continue to inflict a painful wound on the work of God, which He himself described as “very good” (Genesis 1:31).

We recognize that the lifestyle of modern society has consequences for the whole of the world. This is why we must stop the cycle of self-interest and isolation, recalling that we are all members of one human family and that we are all created in God’s image (Genesis 1:27). So, we ask forgiveness, we intend to change our hearts and behavior to spread the seeds of justice and allow the fruits of charity to grow, thus contributing to the restoration of the beauty of creation.

We thank God for the beauty and goodness of his creation, committing ourselves to not taking for granted this marvelous gift. We will strive to set in motion ways to care for and share, to relate with respect and love to God’s work. We hold in prayer our brothers and sisters who are suffering because of our wastefulness, greed and, often, our indifference.

We state our commitment to the creation God has entrusted to us. Every Christian community is called to strengthen itself and grow in its own mission by concrete actions and good works inspired by its own spiritual tradition. Therefore, we invite Christians and every person of good will to show their own responsibility towards creation, to take on concrete and wise actions to work as good stewards and to fight against inequality through the protection of biological diversity. To pursue this objective, we support the joint action of the European Christian Environmental Network (ECEN), of CCEE’s Safeguard of the Creation Section, and of other Christian organizations working for this aim.

Conscious of the increasing urgency of this problem, we invite European Christians, belonging to the different denominations gathered in the entities of CEC and CCEE, and every person of good will, to pay attention to the Season of Creation. We invite everyone to celebrate the Season of Creation, according to their own spiritual and liturgical traditions, in the common Christian faith in God the Creator. 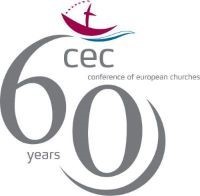